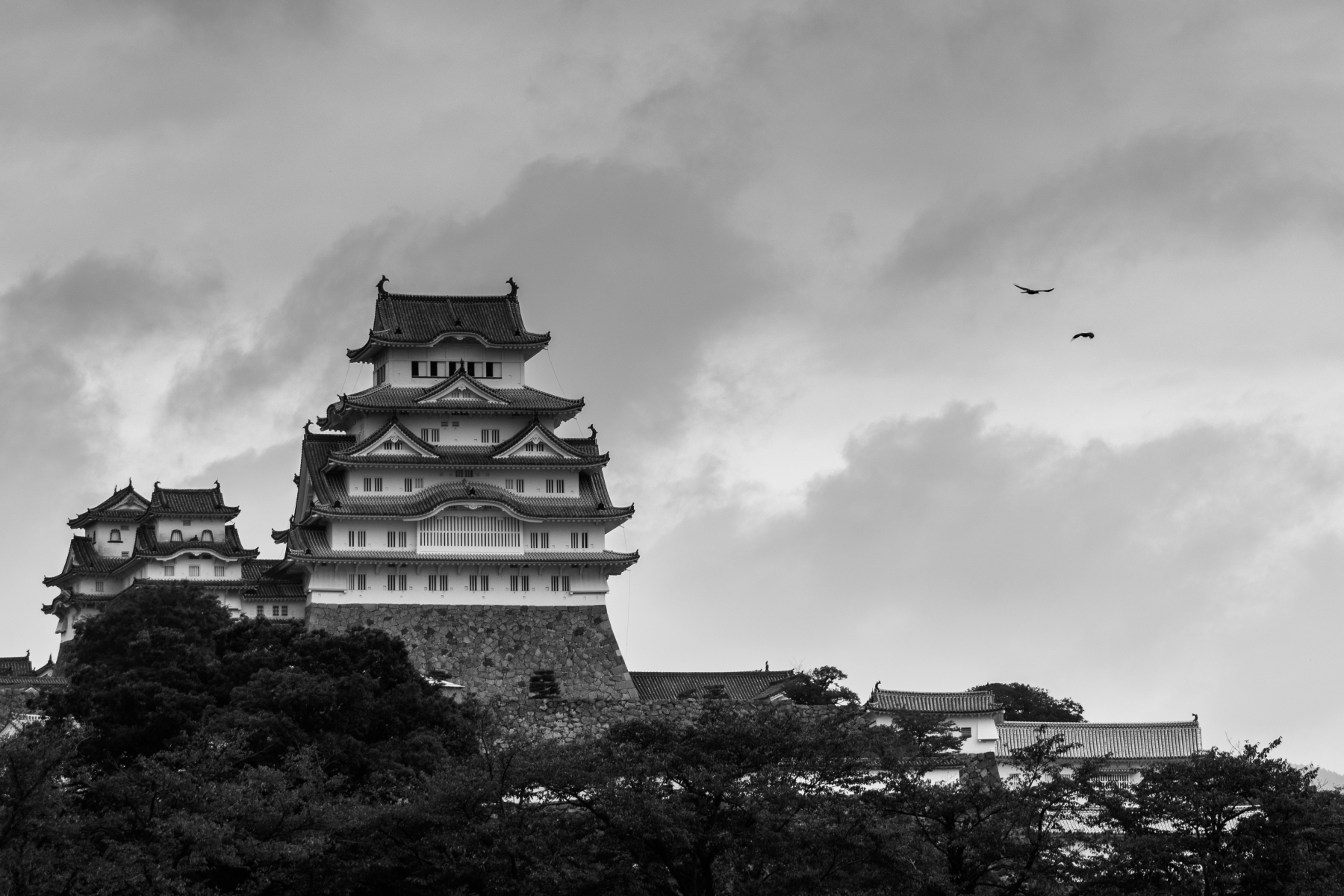 A UNESCO World Heritage Site and also known as White Egret (or Heron) Castle, Himeji Castle is one of the more memorable places to visit in Japan.

Cinephiles will recognise Himeji Castle as one of the settings for Kurosawa’s classic film ‘Ran’, not to mention ‘You Only Live Twice’ (James Bond), along with various television and computer game appearances.

The castle in its current form dates from the 17th Century, and has survived war (Himeji was bombed in the Second World War) and natural disasters, notably the Great Hanshin (‘Kobe’) earthquake of 1995. 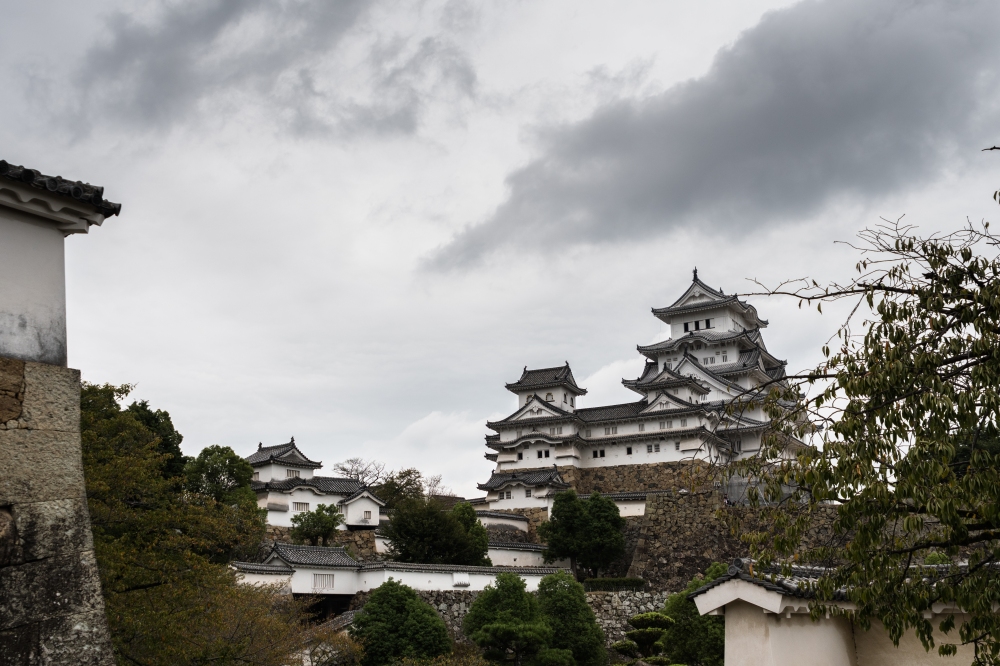 A view towards the main keep from within the Himeji Castle complex.

Besides being beautiful (White Egret Castle is a reference to it apparently looking like a bird taking flight), Himeji Castle was also built as a proper fighting castle too, and features a full suite of multi-layered defences . 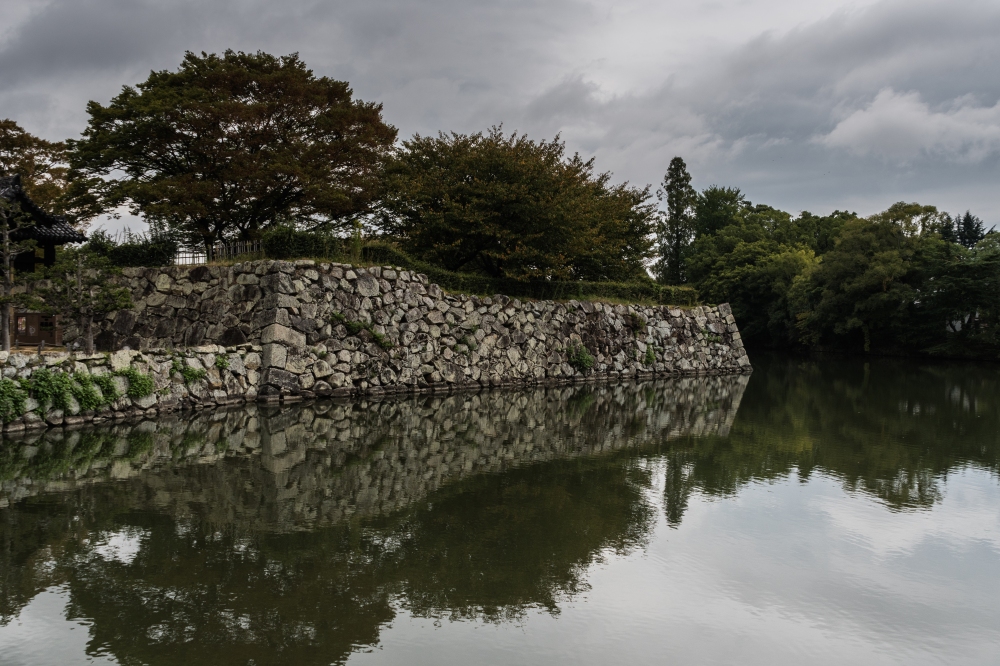 A small section of the defensive works at Himeji Castle, designed to keep attackers at bay.

If you feel the urge to visit (and you should!), Himeji Castle is only a short distance away from the city of Himeji’s main station; unless the weather is entirely horrible, it’s a painless walk along a road pointing straight to the castle, and featuring occasional artwork…